Let me ask you something… Y U No Creating Memes?

There’s a lot for inbound marketers to love about memes. Technically defined as a “unit of cultural information that can be transferred from one individual to another,” a meme is a picture created by overlaying a familiar image with a humorous message.

In an era where 30 billion pieces of content are posted on Facebook daily, compelling and humorous photos could be your best shot at standing out and earning engagement. Visual content is processed 60,000 times faster by the human brain than text and 40% of the population just responds better to images. Besides, there’s a lot of compelling evidence to support using humor in marketing.

Memes Are More Than Hilarious

It doesn’t take a sociologist to know that humor is a really powerful tool for persuasion. When leveraged correctly, it creates an instant connection between two parties, opening up the channel for further communication. Author Kurt Mortenson has written about humor as a key tool for influence, stating “When you leverage the element of humor, any message coming from you receives more weight than …someone who has not created the audience rapport.” However, humor isn’t easy; sarcasm isn’t always apparent and brands should never venture into territory that offends anyone easily.

Memejacking, the art of taking a popular image and adding your own brand message, could be just what you need to crush your competitors on social media and convert your Facebook fans into brand advocates. For inspiration, we’ve curated tips from expert meme-ologists on how you can start creating compelling visual content:

A meme that’s offensive, irrelevant, or out of touch can quickly do a faceplant, so it’s prudent to consider your buyer personas before you get started. Jana Quin recommends reflecting on the types of media your prospects and followers typically consume. Draw from their interests and problems to find common ground for your humor.

Do you really know the origin of that meme you’re able to publish? Just because it’s earned viral shares doesn’t mean it’s the right fit for your company’s Facebook page. Doing a bit of background research on Know Your Meme can preserve you from social media embarrassment. While I’ve never heard of a brand whose social media presence suffered from jacking the wrong meme, being safe is better than needing to apologize to an offended prospect.

Don’t underestimate the Internet’s hunger for fresh memes. If you overlay an image that’s just gaining steam on social media with your brand messaging, your potential for going viral is much higher than if use something tired like Condescending Willy Wonka. Takeshi Young writes that the best place he “has found for discovering trending memes is Reddit.” Why? Images originate and gain popularity among savvy Reddit users before earning shares on bigger social media networks.

No Photoshop skills are required to create memes! If your graphic design chops are limited to cropping images in Microsoft Paint, that’s okay. Head to MemeCrunch, We Know Memes or Meme Generator and take advantage of their easy-to-use platforms.

Lest you find yourself with what’s known as a “Memejacking #fail” on your hands, make sure you understand the original meme and its core uses. Regardless of how clever your text is or how well it fits the image, if it breaks with an established pattern that your prospects expect, you’ll probably fall short of your viral dreams.

6. Get Your Co-Workers Involved

Most marketers have learned the hard way that it’s always smart to have a second pair of eyes review your content before you hit “Publish.” Run your meme by your colleagues to make sure the image makes sense and has little potential to offend anyone. Besides, as Young points out, they could even suggest ways you can take your funny to a whole new level.

7. Bask in Your Newfound Fame

What are your best tips for creating and publishing viral-ready memes?

Jasmine Henry is a blogger at Inbound Marketing Agents and author of The Complete Guide to Business Blogging. When she’s not creating content or memes about her co-workers, she’s busy enjoying life as a new resident of Nashville, TN. Connect with her on Twitter: @jasminehenry10 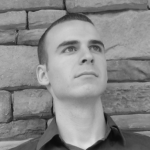 About the Author:
This post was generously written by a guest author! If you would like to contribute a post to Inbound Now Visit This Page and Let us Know!

We absolutely love Cloudways Hosting. If you're looking for a low cost hosting provider with great speed, an excellent site management UI, and easy scalability then check them out.

Posted in: Blogging Social Media
Signup and get started with Inbound Now