The world of web development is on a roller coaster ride. New technologies are getting developed so fast that it is hard to get along with all of those. It becomes difficult to choose what to choose and what not. The demand of web applications already on its peak. You have to be more and more aware of the upcoming trends to meet the expectations.

One thing that is a buzz in the web world is choosing between AngularJS and ReactJS. Both of these are tools which are used to build mobile and web applications. Both of these are maintained by the premier players in the web industry, Google, and Facebook. These were developed with the idea of improving the performance of the web applications. Let us try to understand different aspects of Angular JS and React JS.

Angular is a Google product. It is an open-source JavaScript web application framework released in 2009. It is used widely by the developers around the world. It was used as a software behind an online JSON storage service used to reduce the application costs. It updated the content needs to be updated only in spite of the full page which reduced the download size considerably.

React Js is maintained by Facebook. It is an open-source JavaScript Library. It was released in 2013. It was built for Facebook to update the dynamic content quickly. It has a special version for iOS development known as React Native.

Angular JS uses scopes to inject the data in the directives. In angular JS scopes are like an object that contains data for different controls, like controllers and directives. There can be two situations. One is that the directive has no scope and it uses its parent’s scope. In the other situation, the directive can have a scope of its own entirely different to that of its parent’s (controller) scope. The controller’s scope is used to inject the data in the directive’s scope. There is a root scope object which acts as a top-level scope which can be accessed by the other Angular components.

There are three different types of scope properties:

A string value which does not have any binding information.It is denoted by an at (@) symbol.

In this type, the data flows from the child to the parent via a function. It is Denoted by an ampersand (&).

It shows that the changes made on any of the parent or child scopes will be reflected in the other. It is denoted by an equals sign (=) when building the scope.

It injects data at the construction time only. It may be at the time either when the root view is created or via a nested view. The data which is passed in can be accessed via props property of the current context.

Event handlers are assigned to various portions via directives in Angular JS. Directives make up a large portion in Angular which makes it exceptional. Directives can be used almost everything in Angular. The HTML elements can be replaced by the ng-click directive, which provides a click handler.

In React event handlers work by setting different custom attributes on the HTML elements being built. There is an introduction of some new ideas here. One of them is the concept of State. The React classes have their own internal state which can not be altered by an external method. The state of a directive can be modified by calling the setState method. It will give rise to the generation of changed elements. The state properties can get by using this.state.name. Use the setState method to set the data in the State.

Multiple directives are used in Angular to accomplish the Nested Views. These directives can have the references to each other and have their own scope. The concept of transclusion is used in angular to generate the elements from the directives.

In React, its is easier to put together the Nested elements. It is a very simple practice. Just declare various classes, and then the child class is referred in the render method of the parent class.

The built-in ng-repeat directive is used in Angular to accomplish the Loops.

It provides a simple way of looping just by writing a JavaScript loop.

Angular JS provide the functionality of different DOM elements by using various attributes and custom HTML elements. These elements are known as directives. These are very flexible in use.

The classes in React can be built using simple JavaScript or JSX.
JSX files can be used in React to write the views. It means that a single file can contain JavaScript and HTML. In React, It requires building a class for defining what HTML to render.

One of the problems associated with Angular is the frequency of performance leaks. The possibility of a performance leak is always there when it comes to manipulating content. The user may experience a delay while searching a large database.

ReactJS provides a great platform for managing the DOM (Document Object Model), especially while dealing with a huge database. It creates a virtual DOM in JavaScript which acts as an intermediate representation of the DOM. This helps in easily deciding the changing elements in the DOM.

Angular JS has limited scopes when it comes to coding the way you like to run and deploy. You have to use HTML templates more often which makes the code look outdated.

It works from the perspective of native JavaScript. You can also use a library to load your code such as RequireJS . It also supports some of other solutions likes this making it more useful.

Both of these are amazing frameworks. It is really hard to choose which one is better than the other. Both of these can accomplish the same thing. Angular proves to be a great option for improving the app’s quality easily. In case you have to deal with large data operations and lot off dynamic content then React can be a good option. It depends on your requirements and comfort level that which one to choose.What matters, in the end, is how you can make your development easy and effective to get the desired results.

Get help with difficult WordPress projects

Codeable.io provides over 500 senior WordPress Experts that can help you get past dead ends. 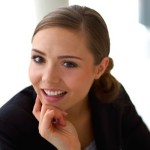 About the Author:
Marie Thomas is a professional WordPress developer at Wordsuccor Ltd., where you can find her working on Custom WordPress Development and theme customization for small business and corporate clients. She also likes to dedicate her time to blogging about her area of expertise. You can follow her on Facebook!

Posted in: Blogging
Tags AngularJSReachJSWeb Development
Signup and get started with Inbound Now